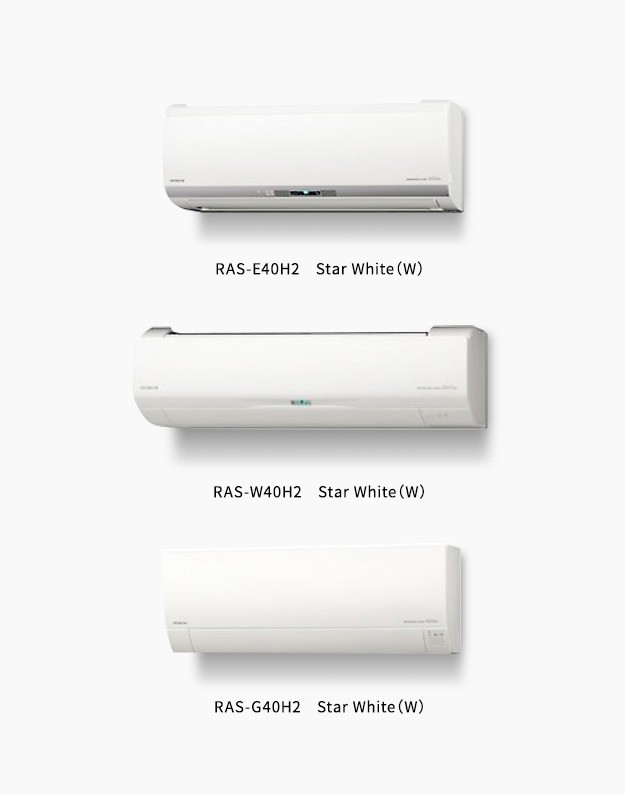 Johnson Controls-Hitachi Air Conditioning (CEO: Franz Cerwinka), from early March, is starting the launch of a total of 22 new products in the “Stainless Clean Shirokuma-kun” New E Series / W Series/ G Series (hereafter E Series / W Series / G Series) equipped with the “Frost Wash” technology designed to automatically clean the heat exchanger periodically through the year by washing away* the attached dust and grease that may be one cause of noxious odors. The process is accomplished by automatically freezing and then rapidly thawing the heat exchanger, one of the components inside the air conditioning unit.

The “Frost Wash” technology automatically and regularly (*1) cleans the heat exchanger, a component which is difficult to clean by hand, throughout the year to ensure the inside of the air conditioner remains in a sanitary condition. This innovative new technology operates year-round to remove dirt that could not be removed using the previous heat exchanger coating method which harnessed the water created during the cooling or dehumidifier cycle (*2).

The technology was first incorporated into residential air conditioners for the domestic Japanese market with the launch of the “Stainless Clean Shirokuma-kun” Premium X Series in October 2017.

In addition to this, all three series will feature the “Frost Wash” capability, which further expands the cleaning ability inside the air conditioner.

The E Series and W Series models will for the first time include “Frost Wash Standard”, and the G Series models will be equipped with “Frost Wash Light”. “Frost Wash Standard” includes the automatic cleaning function that makes use of the “Kurashi Camera” while “Frost Wash Light” focuses on the basic functions of regular automatic washing and manual washing. In each of the respective series, a range of functions are available for selection according to the customers’ needs (Fig.1 Features comparison of the E Series / W Series / G Series).

The Kurashi Camera included in the E Series and W Series detects the number of occupants in the room and their position, and only operates the automatic cleaning procedure when the room is unoccupied.

*Not all dirt can be removed. 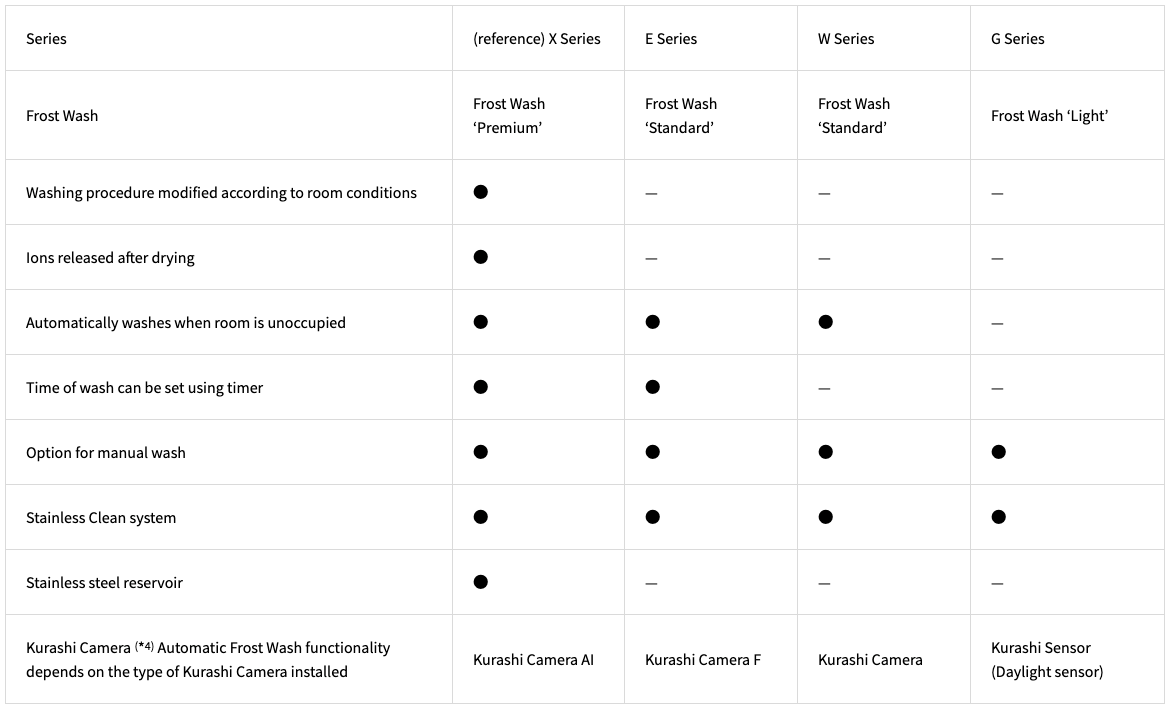 (*1) This function may not operate in certain environments.
(*2) Comparison with our company’s previous W series model (2016 model)
(*3) The unit does not disinfect the air emitted from the unit.
●Organization conducting tests: Boken Quality Evaluation Institute ●Test method: Based on JIS Z 2801 quantitative test (film adhesion method)  ●Test scope: Disinfection of bacteria found on and collected from various components including air flow duct, flaps, fans, and heat exchanger. Amount of bacteria eliminated assessed after 24 hours.
(*4) Kurashi Camera: This device detects the position of people, their degree of movement, distances within the room, and sunlight. The Kurashi Camera F can also detect the position of people’s feet.
AI is an abbreviation of Artificial Intelligence. The camera identifies people in the room, and uses AI to predict the occupant’s likely perception of room temperature based on the amount of time they have already spent in the room. Kurashi Camera AI is equipped with this functionality. 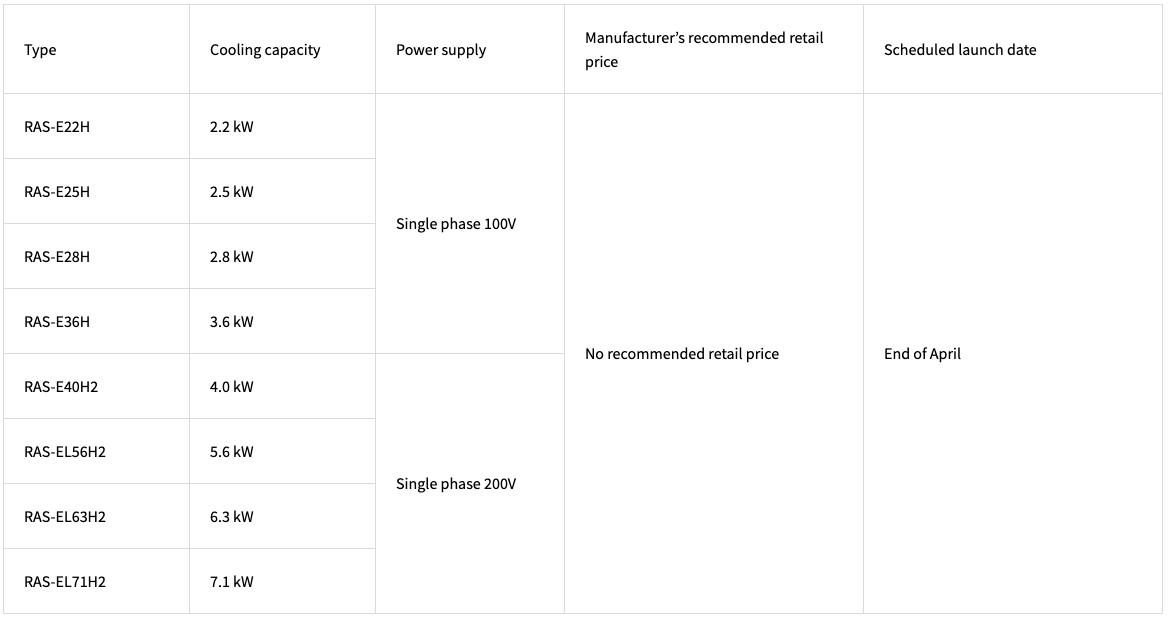 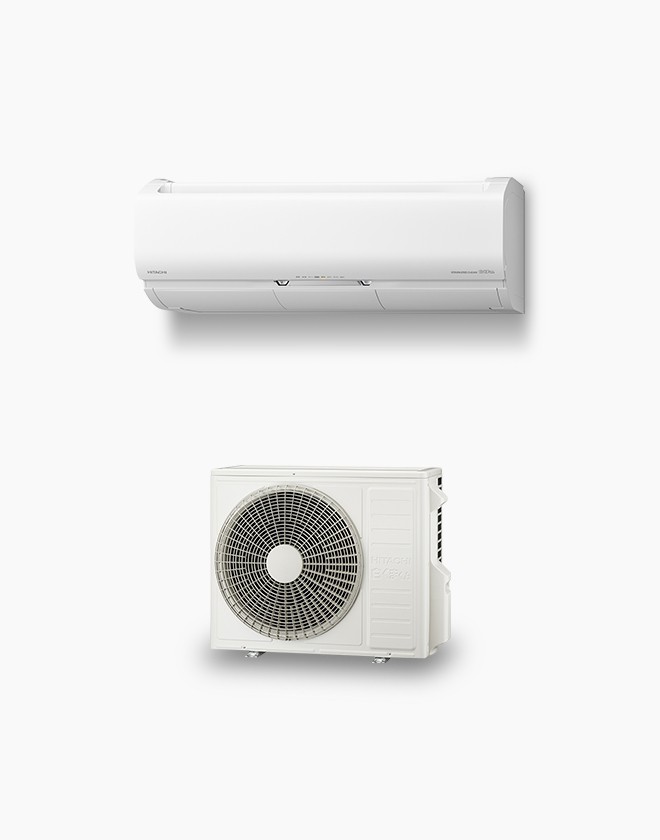 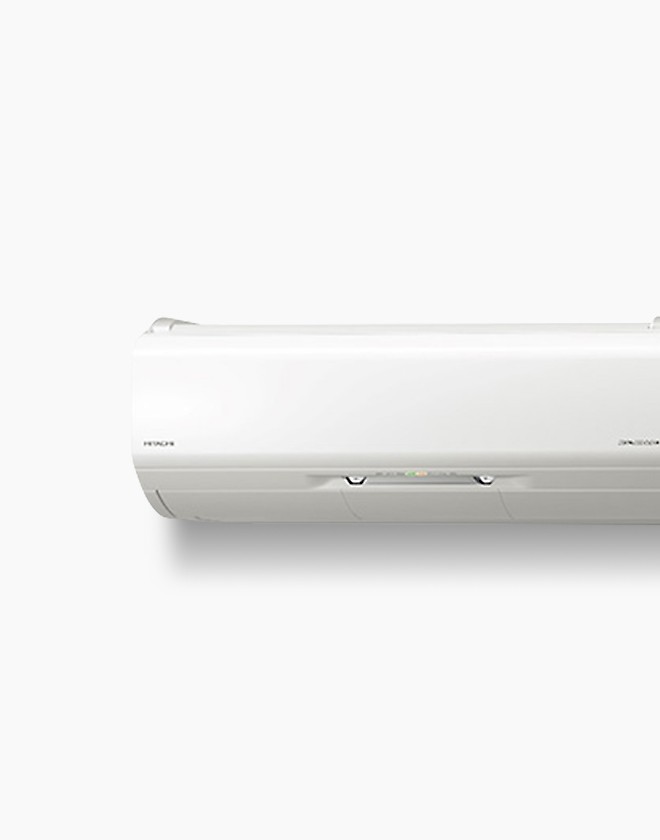 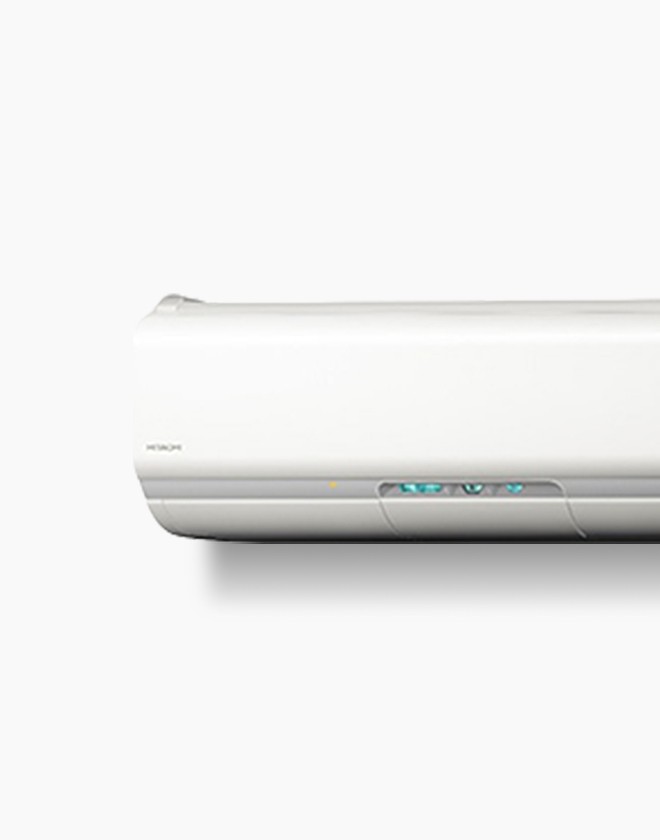 How can we help you?

–If you have any questions or require additional information, please get in touch.

This site uses cookies to offer you a better browsing experience. By clicking Approve, you consent to the use of cookies on your device as described in our privacy notice

You can choose to allow, block or delete existing cookies and set preferences from your browser. If you don't allow the site to save cookies, your browsing experience may be less satisfactory.

In the following links you will find the information to configure or disable cookies in each browser: